Overview of animating various element properties with the Timeline editor.

Many animation properties are the same as equivalent CSS properties. So, we won’t go into every single property, but just give an overview and cover those that need special mention.

Translate by X, Y and Z properties move the element from its original position. Value can be given in px (default) or in %. Note that in transforms, % relates to the size of the element, not its container.

Translate X and Y by percent moves the element by percentage of its own size. The main use of these two properties is combining it with pixel based transforms.

Click me and I’ll move half my weight to the left, minus 20px.

If you want to move the element relative to its parent container, use left, top and other dimension properties.

Adding or subtracting from the current values

It is possible to add or subtract values from current transform values, for example moving an element by additional 100px from its current translated position using the syntax +=100px or -=100px.

Move the mouse over the orange dot to move it by a random value. Keep touching the dot to chase it around the screen. Transforms x and y are set to +=random(-200,200). That means that a random value between -200px and 200px is added to the current value. Restart on play needs to be enabled so that the random values are freshly evaluated every time the animation runs. Transform z is set to random(1,200) so that the dot moves up and down the z-axis.

After 3 seconds of inactivity the dot comes back to the original position.

Move the mouse over the dot.

Rotation rotates the element around x, y and z axis. The default unit is deg. Like with translate, we can also add and subtract values from the current values. Append _short to rotation values to rotate to the value in the shortest way. For example, 0_short will rotate the element to 0, either in clockwise or counter-clockwise direction, depending on which path is shorter.

Click on Rotate Left and Rotate Right buttons to rotate the space ship. Then click on the Reset button to rotate it back to the starting position using the shortest path:

Transform origin sets the point around which the element will be scaled, rotated or skewed. By default the center of the element is used (same as 50% 50% 50%).

Perspective needs to be set in order to Z coordinate have any visible effect.

Perspective (for parent) is the same as the CSS perspective and it needs to be set on the parent of transformed elements. Perspective can be animated as well.

Transform perspective (for element) is similar to the above mentioned perspective, but here the perspective is set directly on the transformed element, not its parent.

If you don’t need to animate the perspective it is best to set it with CSS styling.

Auto opacity could be also called Smart opacity. It manipulates the opacity CSS property and takes care of the visibility property as well.

When auto opacity reaches 0 the visibility of the element will be set to hidden. This helps with the performance.

When the auto opacity is larger than 0 the visibility is set to inherit, if needed. 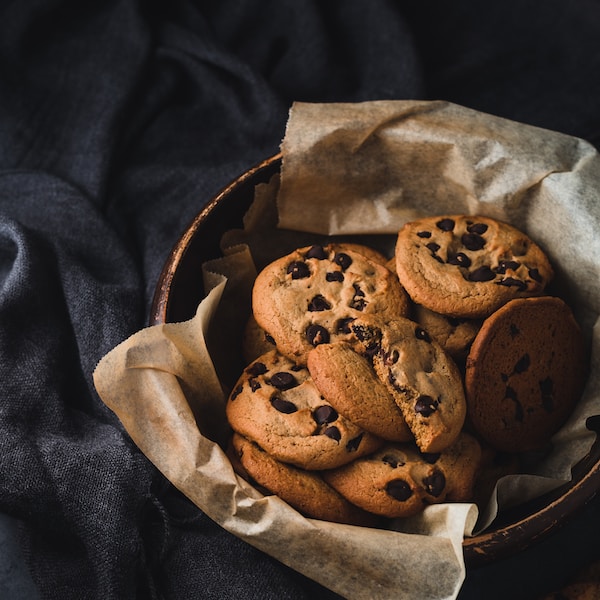 Using Auto opacity is the best approach for showing elements that are hidden with Hide at start action.

So, unless you have a specific reason to use Opacity property, just use Auto opacity whenever you need to hide, show or make the element transparent.

Background properties are the same as their CSS counterparts.

In this example, we’re tweening between background gradient based on the horizontal mouse position. When tweening between complex values, make sure that both values have the same structure, in this case same number of gradient stops.

Animate CSS position properties including z-index. Remember to set the position CSS property of the element in order for left, top and others to have any effect.

This group of properties let’s you dynamically position elements next to the target element.

Dynamic position lets you dynamically position transform elements on the top, bottom, left, right or center of the target element.

The animation will position the transformed element relative to the interaction target element.

The current position is set in data-pgia-position attribute so that the element can be styled in different positions with selectors such as:

Tiny
A bit bigger
Ho ho ho, look at me!

Use the Position distance to set the distance from the target, for example 10. The unit are pixels.

Elements are repositions on window resize and scroll events.

Example of use are tooltips or a tile that slides under the active menu item.

Current position is set in the data-pgia-position attribute and can be used for styling the element in different positions (see tooltips above for example).

These properties are used to animate the border.

Text shadow, box shadow and filters are equal to their corresponding CSS properties and can be fully animated.

When tweening between complex values, make sure that both values have the same structure, in this case same number of gradient stops.

Important thing to remember is that these properties need a starting value in order to be properly animated.

For example animating filter to blur(10px) needs a starting position, usually filter blur(0), so that it can be animated.

The starting value can either be set with a transform or with CSS styling. 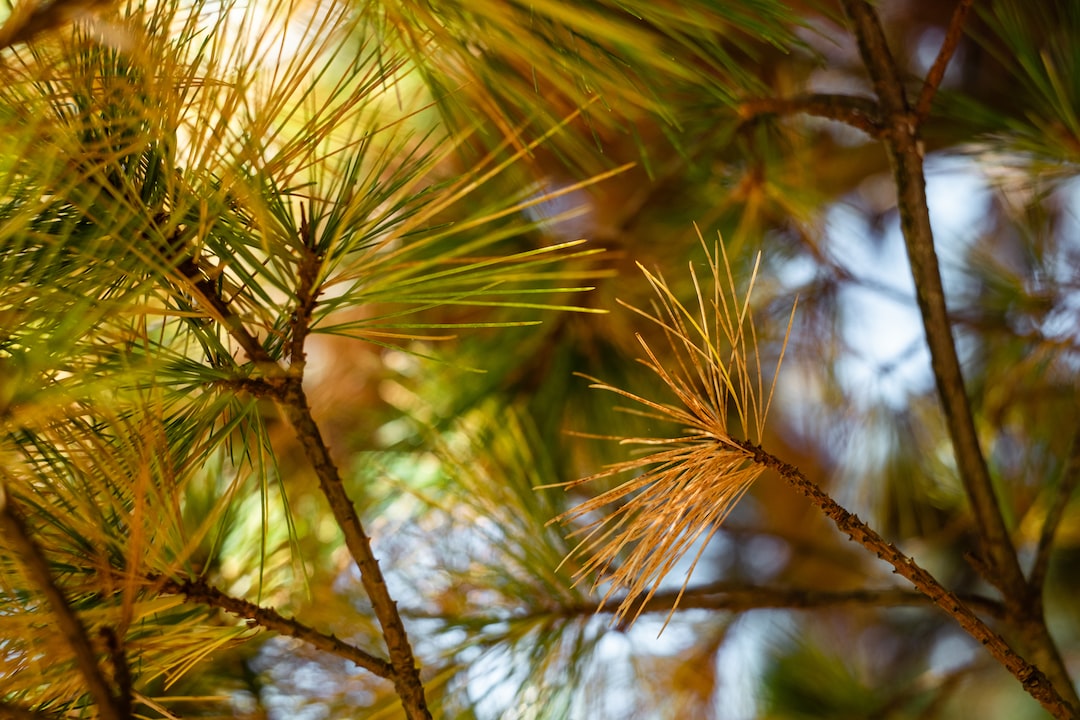 Move the mouse
to the center…

These CSS properties can be used in animations, but can’t be animated: display, position, visibility and overflow.

They will be set at the beginning of the transition.

Media properties are not related to CSS properties. They let you control the playback of audio and video HTML elements.

Note that .mp4 playback might not be supported during editing in Pinegrow Web Editor, but works in normal browsers.

Play during plays the media for the whole duration of the transition where it is set. The value is the start time. By default, media will start playing at its current position.

For example, if you have a transition starting at 2s with the duration 10s on a video element, the video will start playing at 2s and be paused at 12s.

Stop playing will pause the media at the start of its transition.

Start and stop playing can be also used with Set transitions.

Volume will animate the volume of the media, acceptable values are from 0 to 1.

Your custom code should make sure that the media is ready to be played when the animation is triggered.

Media playback in mobile browsers is unreliable. It is best to use this feature only on non-mobile devices. Use Enable on interaction setting to target only appropriate devices.

Set class sets the class attribute of the element. Any previous classes are thus removed.

Add class adds the class to the element, keeping any existing classes.

Remove class removes the class from the element.

Note that when animating classes with a tween transition, the styling of the element will actually be animated, from its current state to the appearance o the target class-set. Use Set transition if you need to change classes instantaneously. This feature was removed in Pinegrow Interactions 2.0 for performance reasons.

The group of Scroll to properties lets you animate the scroll to an element, to a fixed position or to the next, previous (and so on) elements.

The Scroll to transform needs to be added to the element that is scrolled. To scroll the window add it to the Body or Html element.

Scroll to can be:

Child element selector chooses the set of elements that are referenced with next, previous and similar scroll destinations.

Scroll direction, either vertical or horizontal.

Infinite scroll will simulate the infinite scroll by jumping to the start of the scroll when scrolled past the last element. Same when going backwards.

Note, for this to look good, you have to duplicate the first element and place it at the end of the slider, either directly in the HTML layout or using the DOM -> Clone transform.

Manipulate the DOM structure by creating and removing HTML elements.

The group of Create properties creates new HTML elements by cloning an existing element or creating them from a HTML template.

The content of the new element can be dynamically substituted with the value of attributes of the target element.

One or more elements can be created with one transform. The creation of multiple elements is animated. The count can be evaluated based on the element selector, to create as many new elements as there are existing elements on the page (for example, to dynamically create a pagination item for every scroll scene slide).

New elements can be dynamically positioned in relation to the target element.

Animation can be played on the new element when it is created. Cloning the element from existing element with interactions will also clone the interactions.

Remove element removes the element from the page.

Push state pushes a history state to the page history stack. This is useful for implementing in-page navigation.

Pinegrow Interactions can be used to animate SVGs as well. A group of useful SVG transform properties is now available:

Play animation will play one of the animations defined with the Interactions action on the target element. This is very useful, because you can play existing animations instead of duplicating them.

The parameter is the index of the interaction. For example, if you have Interactions action with two interactions on the timeline target element, you can play the animation by setting Play animation to 2.

The animation is played at the start of the transition.

Call function properties let you add callbacks to your custom Javascript functions, for example to update the label showing the % of completed page scroll or to run any custom code as part of the animation.

The value is the name of the function that needs to be available in the global scope.

For example, you can add GSAP xPercent property, set it to 50 and then combine it with X transition with px value in order to center elements and then offset them from the center.