Bootstrap 4 was released on Jan 18, after years of being in a Beta state. Pinegrow 4.3 comes with the complete support for Bootstrap 4, including new and updated starter templates.

We also have updated Bootstrap docs and a series of short videos about how to work with Bootstrap in Pinegrow.

Toggle the display of Visual helpers

Visual helpers, like selected element borders & menu, Bootstrap column overlays and image overlays, can now be toggled with CMD/CTRL + T or by clicking on the Visual helpers icon in the top toolbar. Use the dropdown menu to choose which helpers to show when the visual helpers display is active. 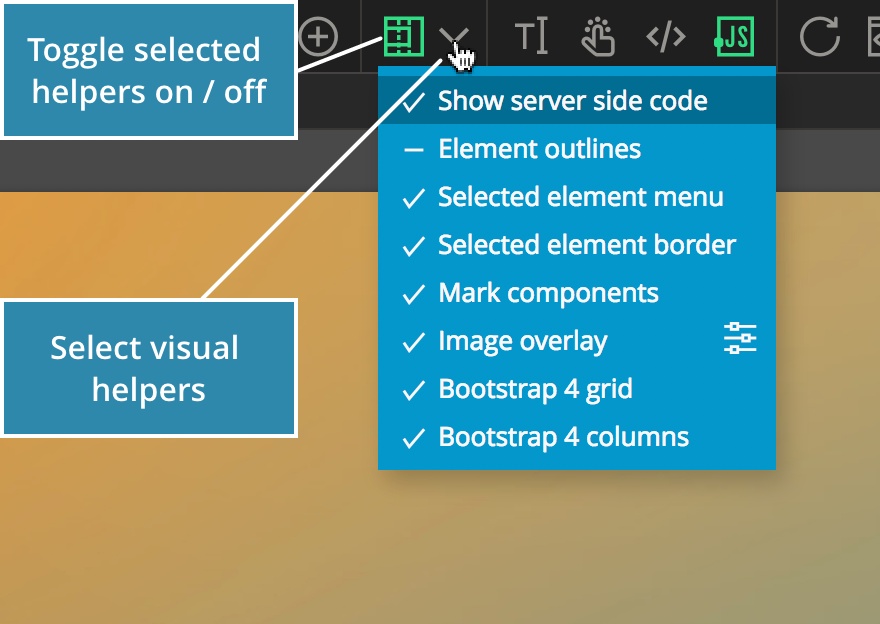 The Page view and the Tree panel both show the drop position during the drag & drop operation.