Pinegrow now supports Foundation 6.4. Not only that, all new visual tools like column resizers, page libraries, and grid/column overlays are available for Foundation 6.4 projects as well. 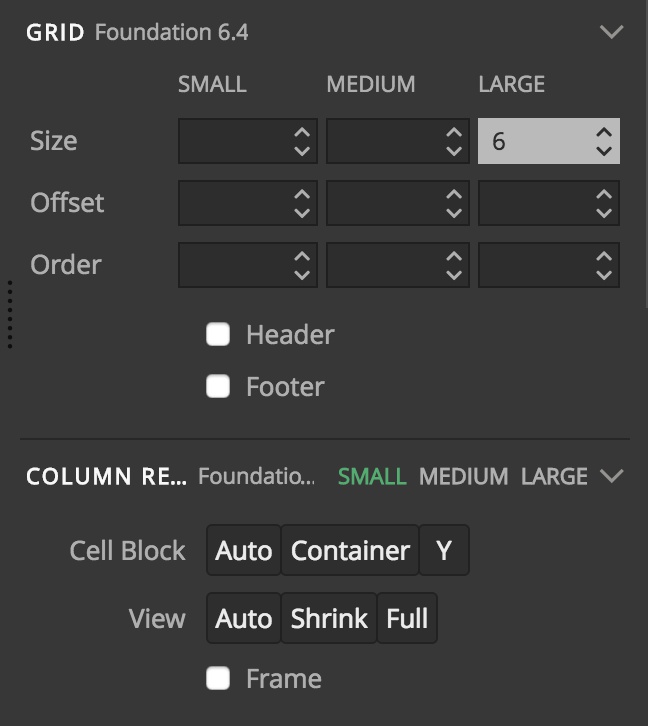 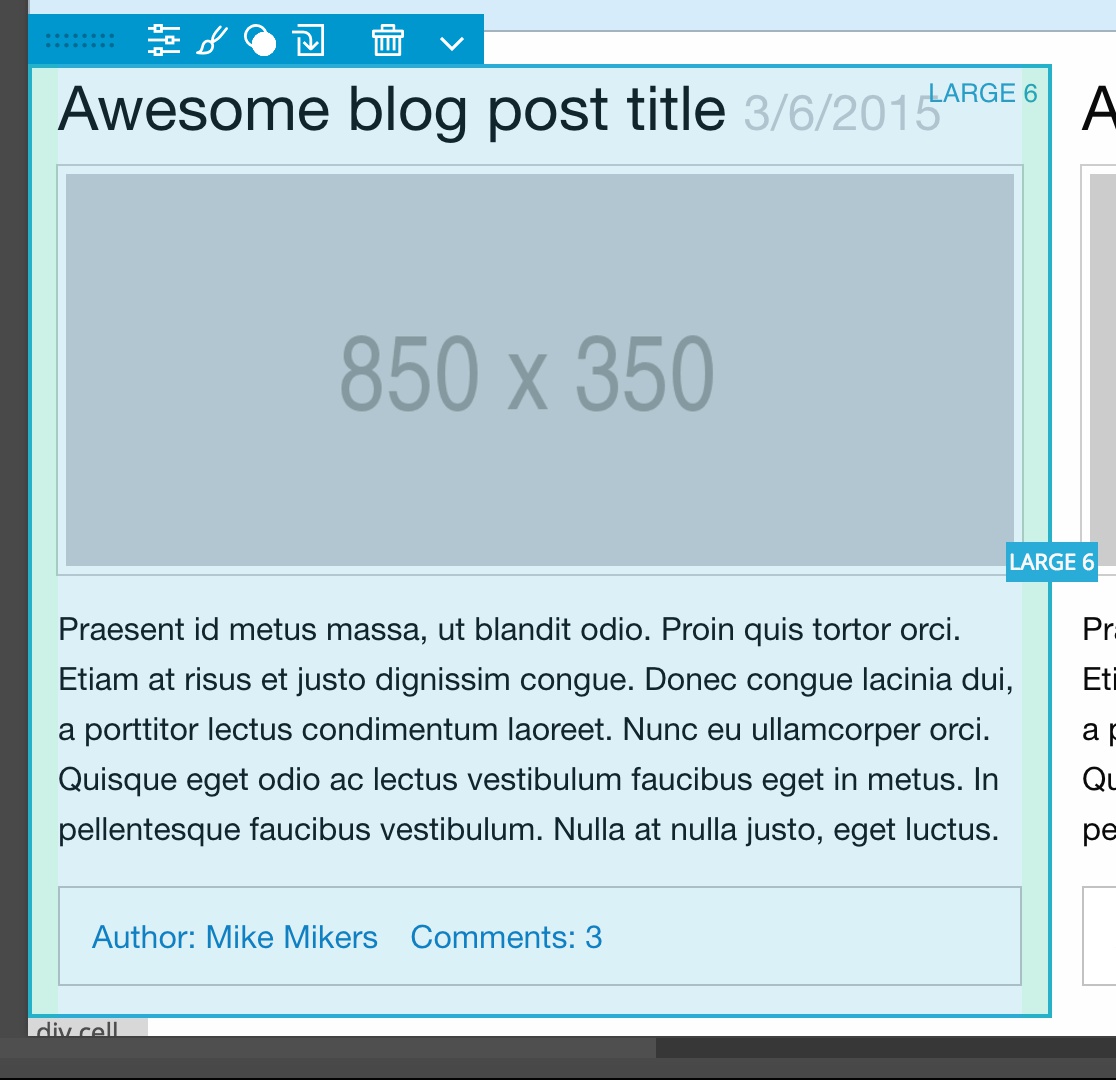 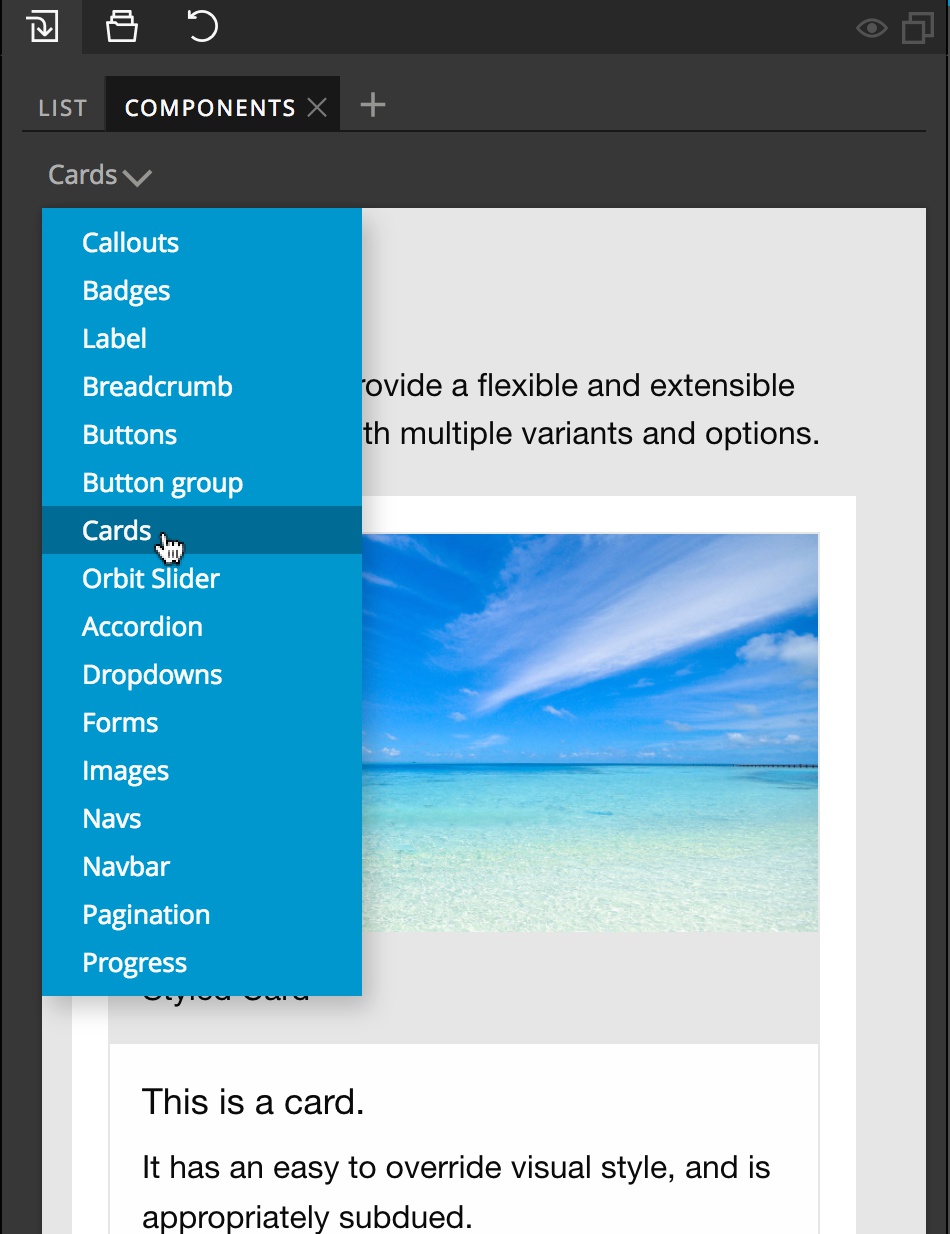 Use “Image overlay” in the Visual helpers menu  to toggle and set up the image overlay that is used as a visual guide for implementing your design.

Watch the short video to see the Image overlay in action:

Image overlay is enabled and configured in the Visual helpers menu: 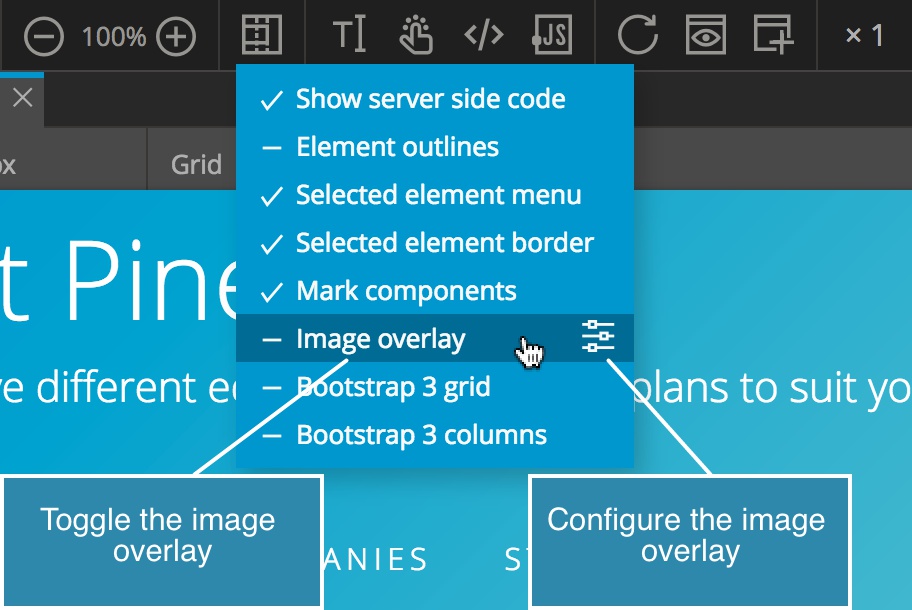 Select the image and set the X and Y coordinates to place it in the correct position over the page. 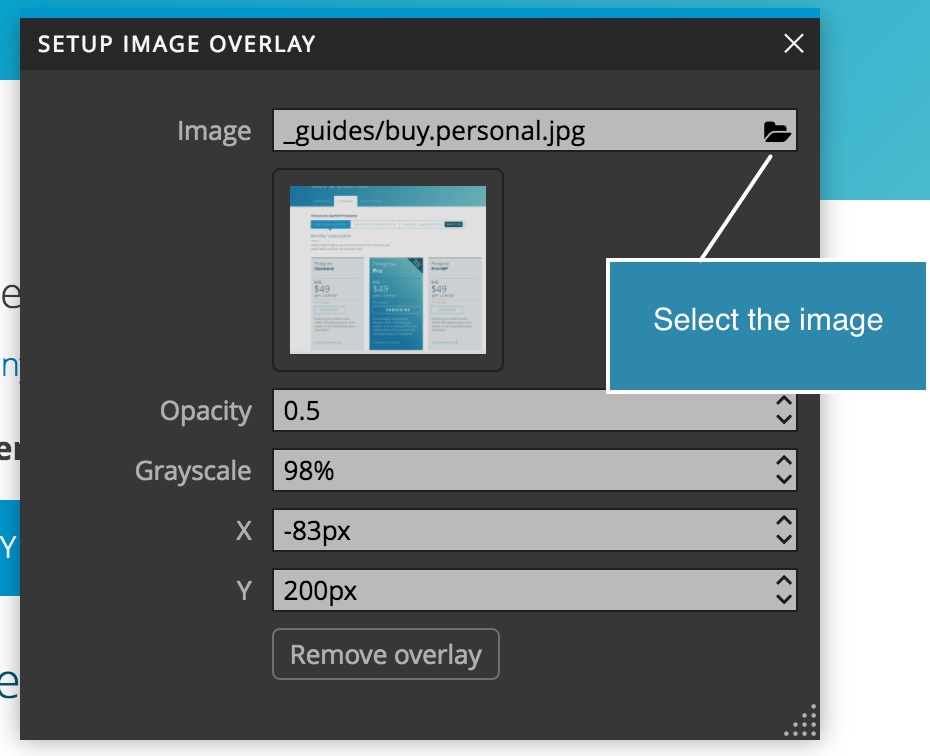 The image overlay is shown on top of the page. It doesn’t affect the page itself in any way. Use Opacity and Grayscale settings to make the overlay distinguished from the page. 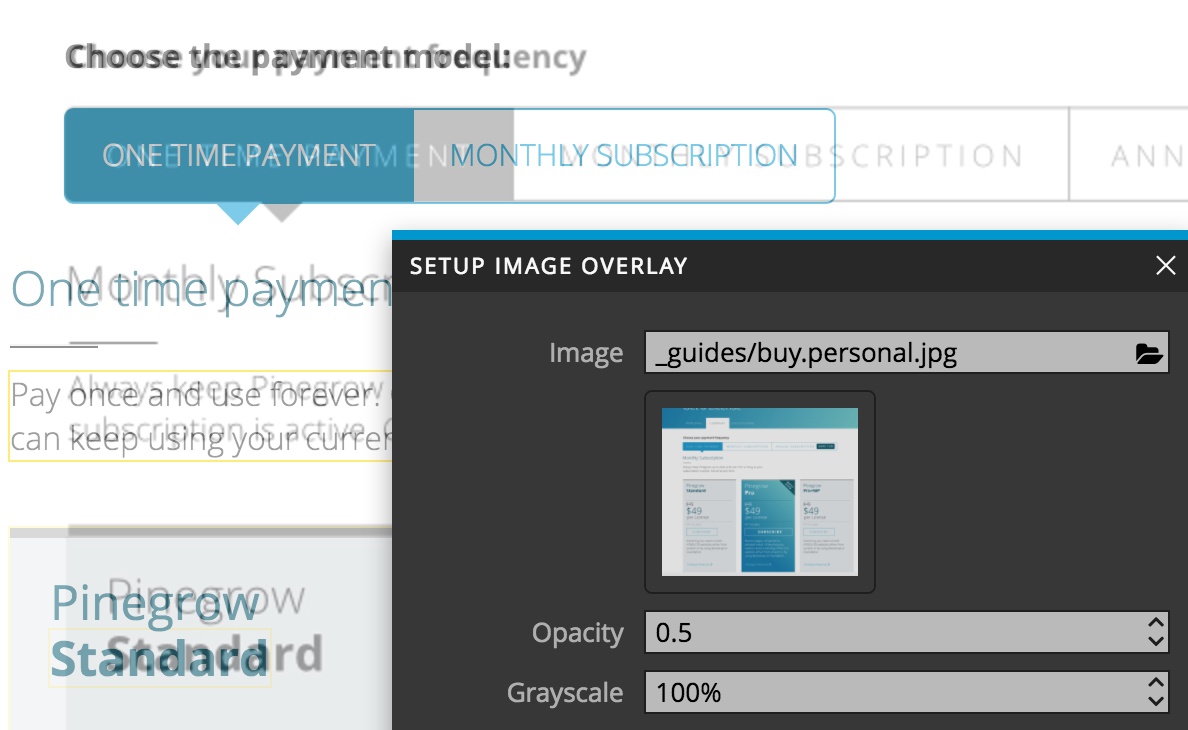 A note about Ubuntu

If Pinegrow doesn’t start on Ubuntu, try updating the libnss library with: