Atom is back! Live-sync Pinegrow and Atom code editor to create the perfect web development IDE. All edits are synced between the two apps, without having to save files first. Follow this guide to set it up.

In this example, “Split parent” will split the Column into two Columns, with H2 in the first column and P in the second column: 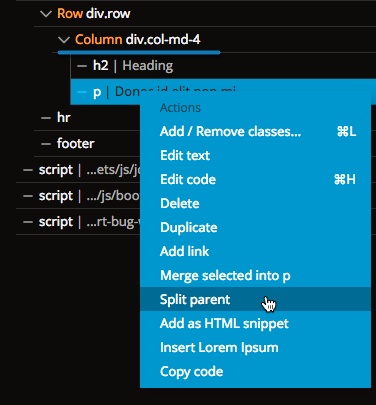 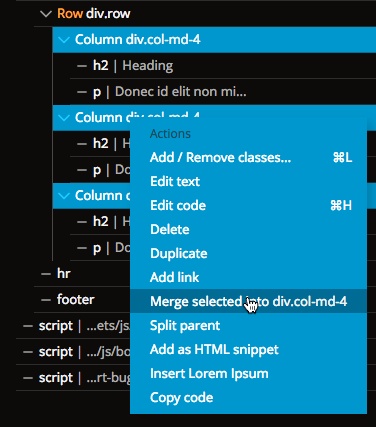 Compile & Save command for SASS/LESS stylesheets 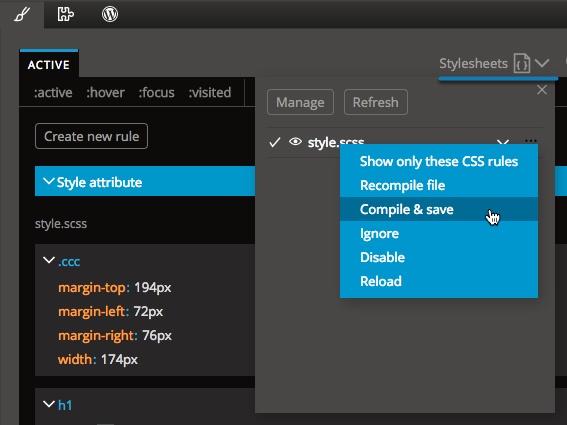 Restore workspace menu has better descriptions and a new layout: All sides, a 4 column layout with Element properties and Element code just below page view area.

Just when we think that we fixed everything, new bugs come out – thanks to out amazing user community. Btw. if you haven’t yet checked out our Slack and forum, give them a visit. They are full of friendly and helpful Pinegrowers.